On these May days we mark the Day of Remembrance and Reconciliation and the 73rd anniversary of the Victory over Nazism in the Second World War.  This victory was gained by an incredibly expensive price – at the cost of millions of lives of our compatriots. We sincerely honor our liberators – front-line soldiers, partisans and underground workers, rear workers, children of war – all those who bore the burden of war  on their shoulders. And their heroic deeds are being continued by the warriors of the present generation, who defend the integrity and independence of our Motherland in the east of Ukraine.

The Charity Fund “Development of the village” has traditionally greeted veterans.  On May 9th, we visited the village of Kovpita, Olishivka, Smolyanka, Orlivka in Chernihiv region, and took part in solemn thematic events.  For veterans, these events are festive and tremulous at the same time. It’s an opportunity for them to remember the past years in the warm circle of friends and   to celebrate proudly the remarkable Great Victory Day one more time. Unfortunately, the time is inexorable and veterans are less and less with each passing year .  Yana Dnistryanskaya sincerely congratulated the veterans. As a sign of endless gratitude for heroism and unfadable act of courage the veterans were  presented with food sets. And for those who were unable to come to the holiday  under various circumstances, the gifts were delivered to their homes.

We bow down to you  for the victory! You have given your  youth, health, life for it! We are deeply in your debt.Let there be  eternal glory to those who gave their lives for the sake of victory. The reminiscence of them will last forever!  – said Yana Dnistryanskaya.

There was one minute of silence in honor of  all those who perished in the Second World War and those who gave up their lives for Ukraine. We also put   to the mass grave in the village of Kovpyta in Chernihiv region. It is worth noting that each year the charitable foundation “Development of the Village”   appropriates money for minor repairs and reconstruction works of the monuments of fallen soldiers and helps organizing “soldier’s kulish”(a special dish) for veterans and their guests.  We remember the heroes and thank them for life ! 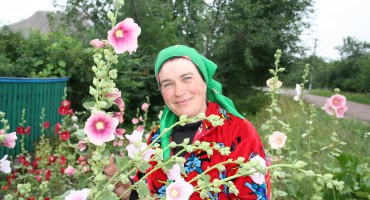 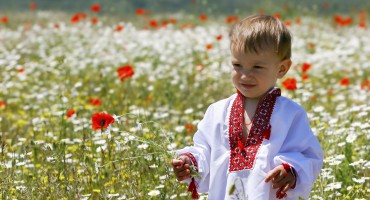 We use cookies to provide you with the best possible experience of our website. Read more
I accept